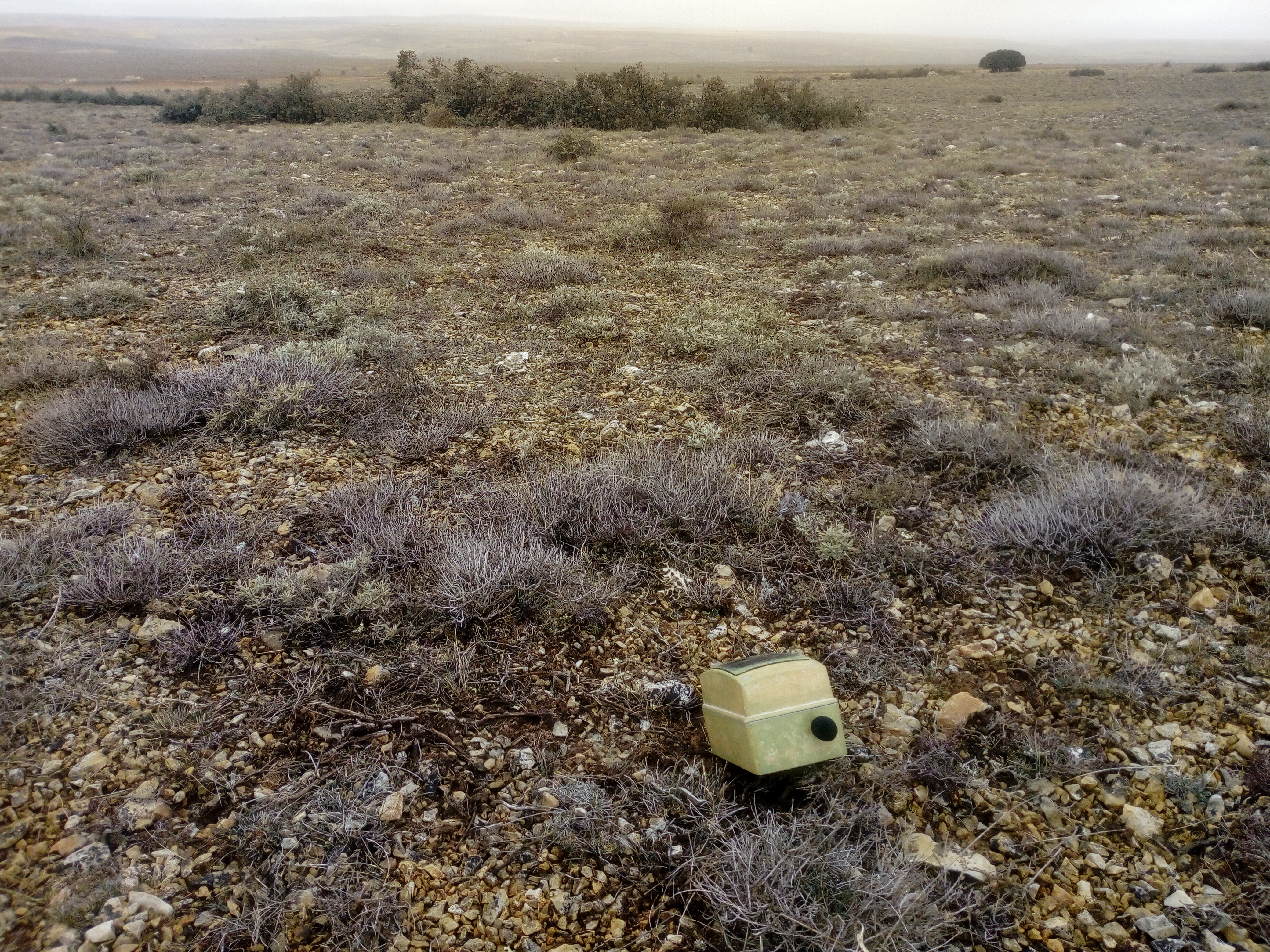 In the last decade the development of automated recorders has changed the way of counting and detecting birds. Acoustic monitoring has been used for detecting the species’ presence of rare and threatened bird species, describe bird communities, evaluate population changes over time, among others. The launch of cheap devices and the improvement of signal recognition software to automatically scan the recordings, have increased the use of automated recorders. However, the inability to determine sound direction from automated recorders has hampered their use due to low capacity for estimating wildlife abundance around recorders.

In the last year the LIFE Ricotí project team has published a monitoring protocol for detecting the Dupont’s Lark Chersophilus duponti using automated recorders and used this protocol for detecting a dozen of previously unknown populations of the species. Besides, we aimed to find a method that allowed us to estimate a number of males around recorders. In this sense, we examined whether Vocal Activity Rate index (VAR; number of calls detected per time effort), estimated by using automated recorders and automated signal recognition software, was related to population abundance in two species: the Dupont’s Lark and the European Bee-eater Merops apiaster. We took recordings at sites where we and the colleagues of the Forest Science and Technology Center of Catalonia were performing field surveys in order to have an accurate estimate of bird abundance of both species around recorders.

In these two cases we found a positive, strong and significant relationship between VAR and bird abundance. Therefore, we are able to infer the number of birds (in the case of European Bee-eater) or number of males (for Dupont’s lark) in an area just using recordings. This can be useful for monitoring sites occupied for the species, or new potential sites. This index seems to be a cheap, fast and adequate method to infer an abundance estimate of birds around recorders. In this work we also proposed a series of candidate bird species, for which Vocal Activity Rate index might be useful, such as those living or singing in groups or territorial passerines.